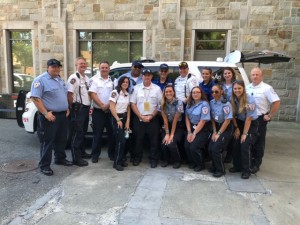 Armstrong crews kicked off the 2019 football season at Boston College’s home opener on Saturday, August 31st. This fall, we proudly celebrate our 11th year as the EMS provider for Boston College. Congratulations to BC on the win over Virginia Tech and great job to our crews who ensured the safety of the players and spectators during the game.

We look forward to the rest of the season! 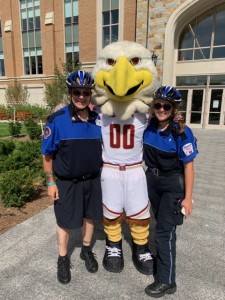 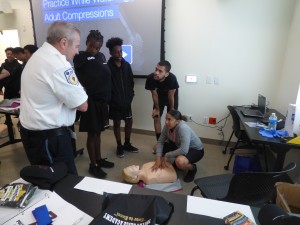 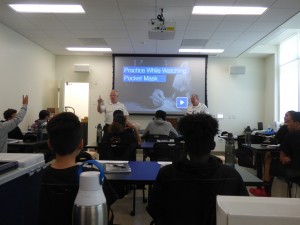 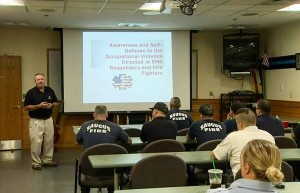 Violence in healthcare is a topic which is seldom discussed yet a real threat in caring for patients. After the recent assault on a Boston EMS provider, Armstrong Ambulance Service developed an occupational violence awareness and self-defense course that focuses on providing EMS responders and Firefighters the skills needed to defend themselves in the field. The training course addresses on-scene safety and security, including recognizing cues given by patients or bystanders that indicate the possibility of an assault or danger as well as appropriate defensive tactics providers can take and the legal obligations of their roles.

The first of these training courses was held on Tuesday, July 30th at the Saugus Public Safety Building. Armstrong Ambulance Service clinicians, Saugus Firefighters and other local first responder agencies gathered to share personal experiences they’ve encountered while on the job and discuss best practices to not only keep the public safe but ensure their own safety and well-being.

This awareness is a reminder of how regularly EMS providers, fire personnel and other healthcare providers insert themselves into potentially volatile situations and the unforeseen dangers of their professions.

Media coverage of the Saugus training can be found below 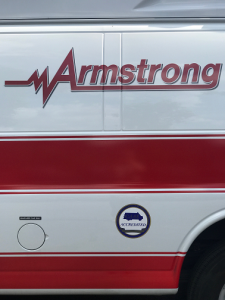 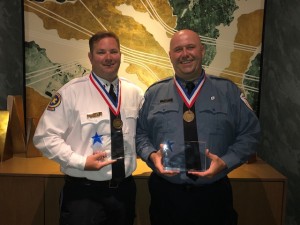 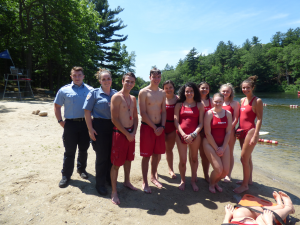 Along with colleagues from the Saugus and Lynn Fire Departments, Stoneham Police/Fire Dive Team and lifeguards from the Department of Conservation and Recreation, Armstrong EMTs took part in a wide-ranging live water rescue training program at Breakheart Reservation in Saugus.

Armstrong EMTs provided land-based EMS support while lifeguards and fellow first responders underwent hands-on training to understand their roles in rescuing a swimmer in distress. The drills included the use of water craft, rescue scuba divers and posted lifeguards, and focused on multiple hazardous conditions on the water.

Various first responders were tasked with identifying a potential victim, locating and rescuing that victim and providing an area for firefighters and divers to attempt a rescue or recovery.

“Our EMTs need to be prepared to support their fellow first responders in a wide variety of emergency scenarios,” Armstrong CEO Rich Raymond said. “I’m glad that we had an opportunity to participate in this highly realistic training exercise so that our EMTs and other participants could have the chance to better understand their roles in water-based situations and further improve their preparedness.” 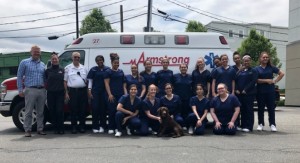 Armstrong Ambulance Service Inc. is pleased to announce that members of its team shared their insight into the field of emergency medicine with a group of students at a Stop the Bleed training event late last month.

Armstrong tactical paramedics assigned to the NEMLEC SWAT Team led the training, during which students took part in hands-on exercises. Students practiced stopping a bleed by wrapping tourniquets on rubber tubes that sprayed water until they were properly tied off, allowing students to witness first hand whether their technique was correct and effective. During the training, students also reviewed proper CPR, AED and choke save techniques on infant and adult mannequins, and were shown by a paramedic how to properly intubate a patient.

“The students that attended this training were attentive, eager to learn and excited about the field of emergency medical services,” said Armstrong Chief Business Officer Meredith Lambroff. “It was exciting for our team to teach them these lifesaving procedures and provide some insight into the careers available in the field of EMS.”

In addition to the training, students learned about EMS careers from paramedics during a meet and greet. The highlight of the day, however, was when students met Willie Blue, Armstrong’s new support puppy. 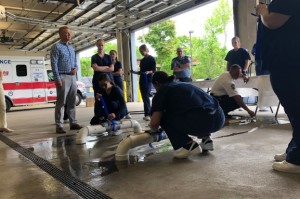 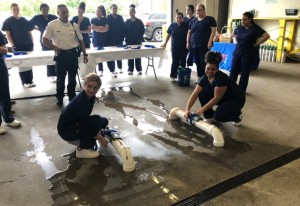 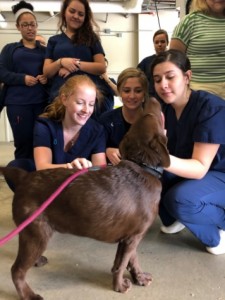 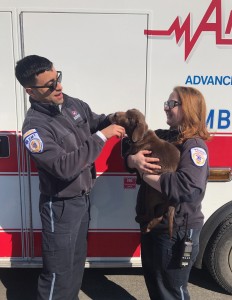 Paramedics like Dan Cardona and Gwen Bibby, along with Willie, will be on scene for the Stop the Bleed event.

As part of National EMS Week, Armstrong Ambulance Service will be conducting free hemorrhage control and first aid training for interested members of the public.

WHERE:
Armstrong Ambulance Service in the ambulance bay (rear of the building), 87 Mystic St., Arlington

WHAT:
National EMS Week runs from May 19-25 and recognizes EMTs/paramedics who provide lifesaving services everyday. Armstrong tactical paramedics assigned to the NEMLEC SWAT Team will conduct the hands-on Stop the Bleed training, which takes about 10 minutes.

Through simple techniques, any adult or teenager can drop in and learn how to save a life in critical situations with bleeding patients. Refreshments will be provided along with a meet and greet with paramedics and Willie Blue, the Armstrong support puppy. Members of the public can sign up by emailing education@armstrongambulance.com or can just drop in anytime between 10 a.m. to 2 p.m. 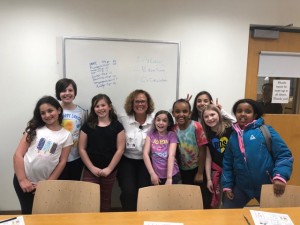 An Armstrong Ambulance paramedic recently shared her expertise in emergency medicine in order to help a group of Girl Scouts earn their first aid badge.

Paramedic Stephanie Crayton worked with her neighbor, Dor, and her fellow scouts to share knowledge about the types of injuries and ailments she and her colleagues at Armstrong encounter. In doing so, she helped the girls fulfill one of the core requirements to earn their first aid badges — talking face to face with a first responder.

The scouts are all fourth graders from Cambridge.

Crayton told the girls about her experiences as both a paramedic for Armstrong and as a firefighter with the Cambridge Fire Department, as well as how ambulances and fire departments collaborate to help people in need.

Crayton covered a variety of topics with the scouts, discussing some common types of emergencies and what to do when they arise. They addressed choking, nose bleeds, allergies and anaphylaxis (and the difference between the two), burns, bone fractures and the proper recovery position for someone who is breathing but unconscious.

The scouts also asked Crayton about a wide array of scenarios, including what to do if someone’s house is burning, they’re choking and have a nose bleed all at the same time.

“I was so glad they asked me to help,” Crayton said. “The girls were great listeners and had a lot of fantastic questions about the work we do as paramedics, and I’m proud of the work they put into earning their badges.” 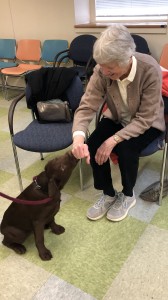 Following an invitation by senior center staff, the outing became Willie’s first official trip into the community since he joined Armstrong earlier this year. During his visit, members of the Armstrong team filled attendees in on Willie’s background and training.

They also shared some inside stories about Willie’s life at Armstrong’s Arlington base, including his devilish side where he once sneaked off with a colleague’s lunch. The group chuckled at the “Silly Willie” stories and had smiles from ear to ear.

“The group asked a lot of questions, shared stories about their own pets and took pictures with Willie,” Lambroff said. “We all left feeling happier. It was a great day, and we’re looking forward to going back to visit as well as having Willie brighten up many more lives.” 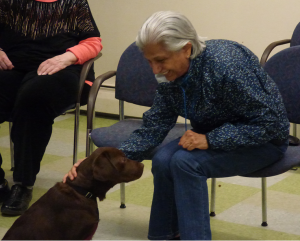 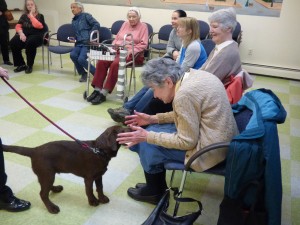